We have done so much since our last update – including some sailing!  The themes have been the sociability of sailing, the wonderful locations available from being on the water and the lack of settled weather. 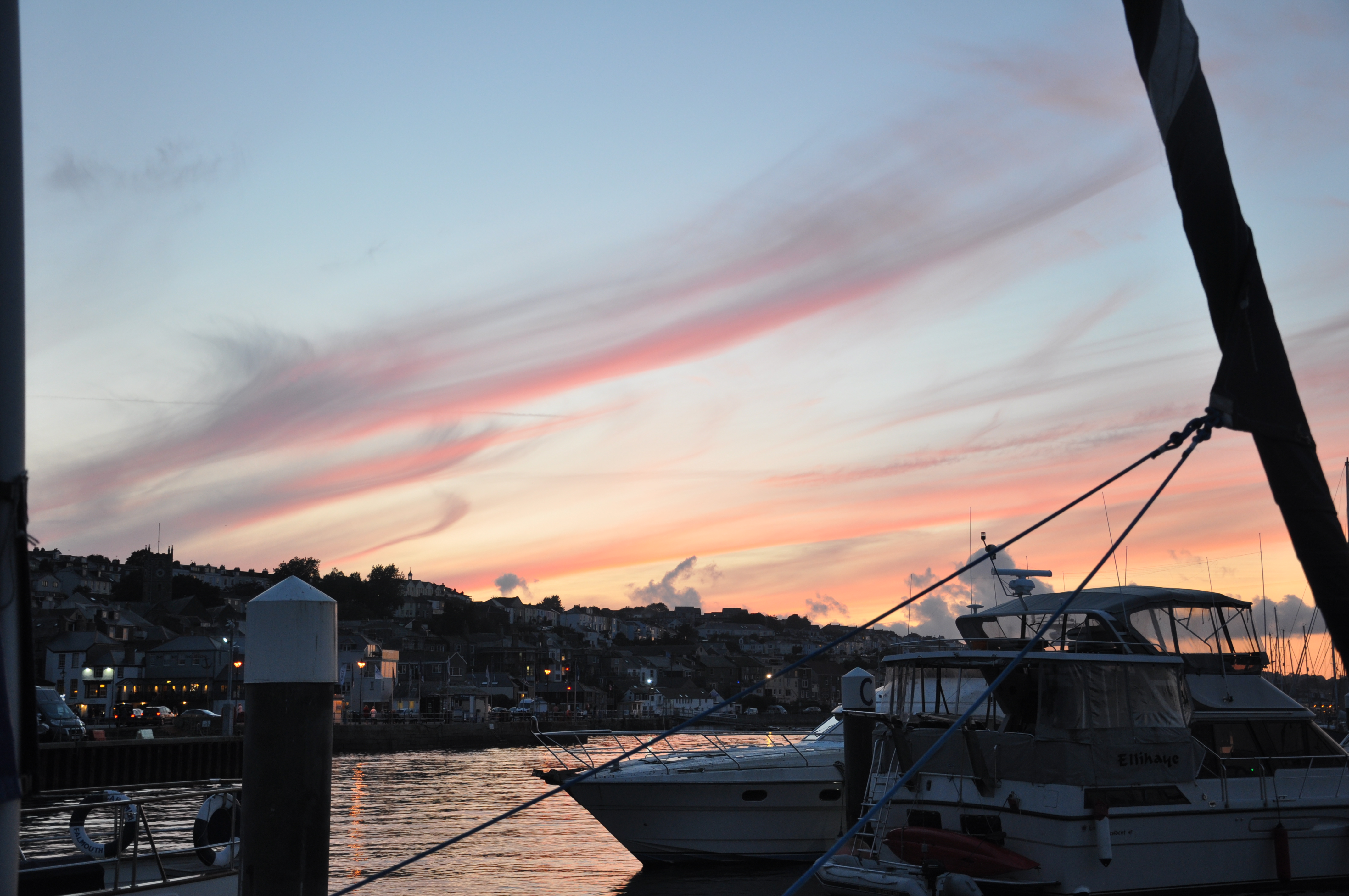 In the shelter of Pendennis marina

We have entertained friends, relatives, new-found sailing friends and ex-work colleagues on board.  We got particular pleasure playing host to Theo, in his 20s, who has just discovered dinghy sailing and was keen to find out what life is like onboard a cruising yacht.  He was so enthusiastic and reminded us of how lucky we are to live onboard Musyk. He was fortunate to be with us for a week of ideal weather for a novice and in Anne’s (possibly biased) opinion the best sailing ground, being in and around the Fal Estuary.  We got used to the “selfies” and constant flow of information to friends and relatives about his experience, including seeing a seal when moored up the Fal River.  He even had the opportunity to play a mandolin provided by a friendly neighbouring boat on the visitors’ pontoon after Theo had mentioned that he played the guitar. On his final day, we were moored in the sheltered small inner harbour at Pendennis entered through a narrow entrance with a sill, ready to leave Musyk there for a week while we returned home.  We were having breakfast in the cockpit in bright sunshine.  Anne had just apologised for not being able to repeat the experience of seeing a seal to make it the perfect end to Theo’s stay, when 10 seconds later a seal popped his head out of the water! 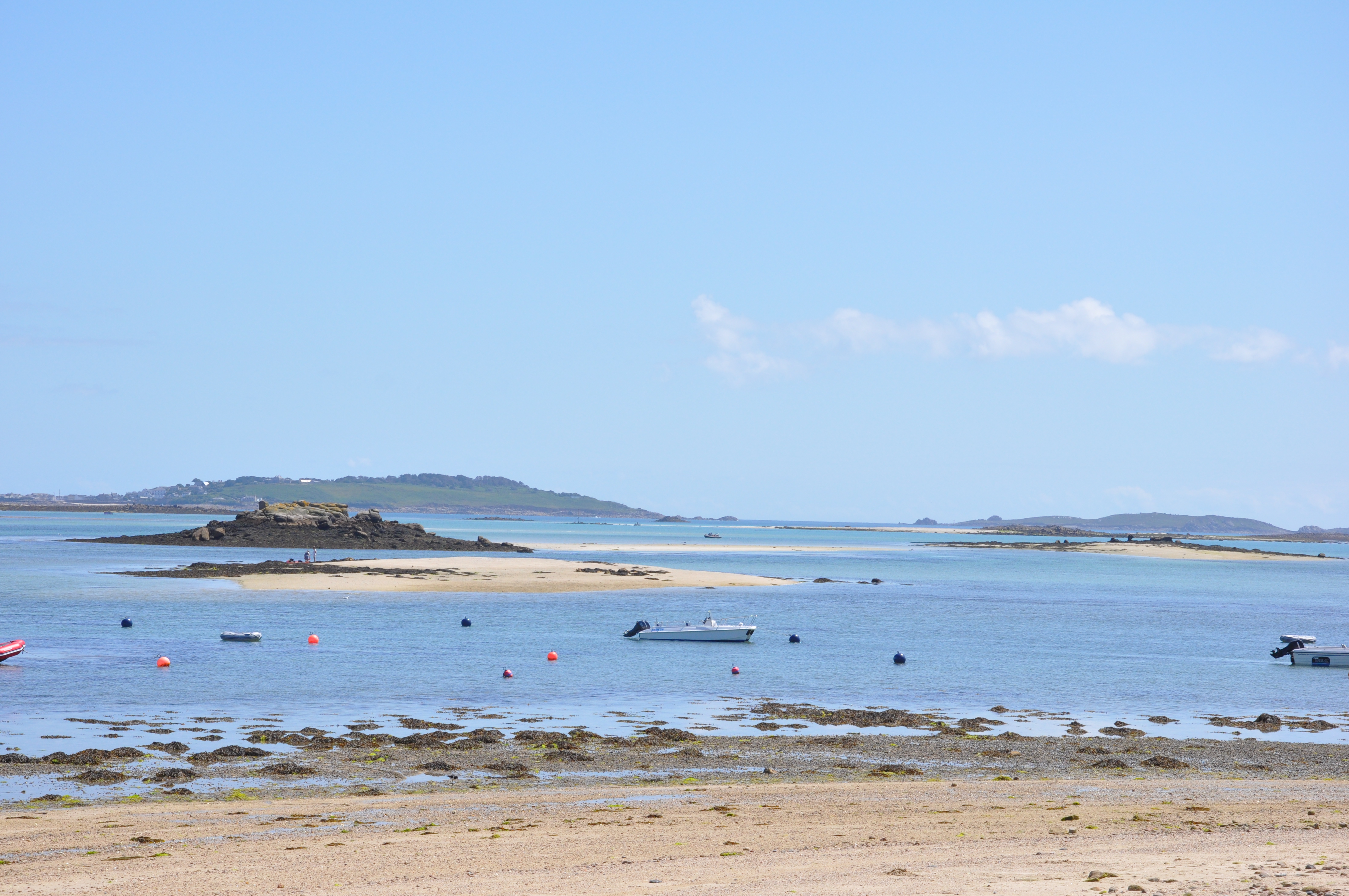 A view across to St Mary’s from Bryher

On our return a week later, our friend John was with us.  He was keen to re-visit the Isles of Scilly and had booked a return flight from there for the Saturday – no pressure!  We made use of the one day of easterlies that week to motor sail across.  There was good visibility which was a relief.  On our previous trip with John we had arrived in thick (unforecast) fog, relying on radar and AIS to avoid the fishing boats and commercial traffic and to find the gap between Tresco and Bryher.  This time we had the use of Mark 1 eyeball and the delight of the watching the islands come closer and seeing them pass by as we entered New Grimsby Sound from the north, which is our favoured approach, rather than coming in from the south to St Mary’s. 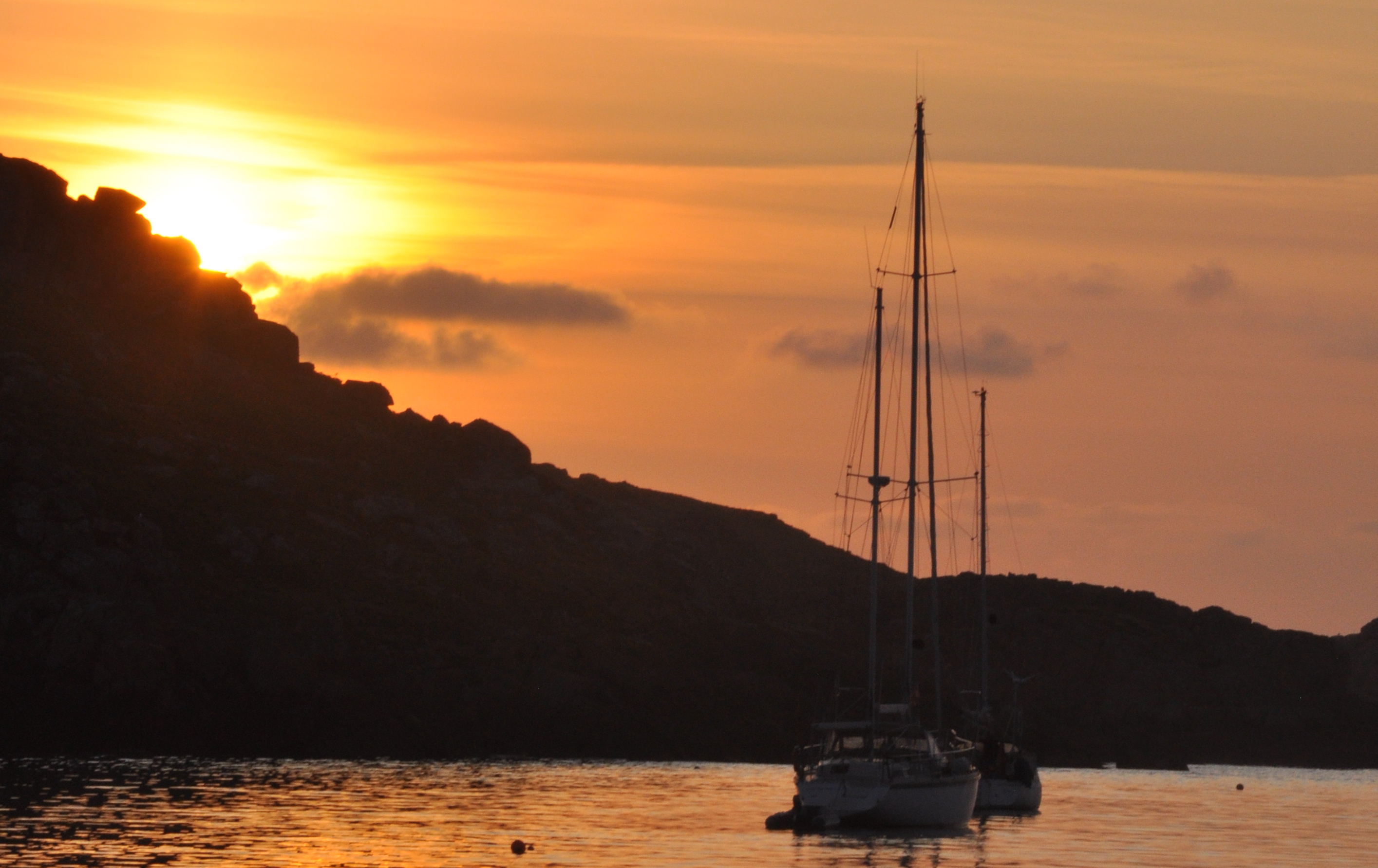 While the rest of the UK was suffering from a heatwave and thunderstorms we had reasonable temperatures and only one day of really heavy rain so did plenty of walking round St Mary’s, Tresco, Bryher and St Martin.  We were surprised at the number of French, Dutch and German boats but were told that this is usual for July and August.  For a few days we met up with a friend of a Paul May’s in a “sports boat” with living accommodation.  Amazingly he was able to return from Tresco to Lymington in one day, including a stop in Falmouth to refuel!!

All too soon, the unsettled weather and forecast for strong winds from the north west and then the east led to a decision to leave the Isles of Scilly.  We had a good sail back to Falmouth, hardly using the engine and then headed back up the Fal river to shelter from the strong easterly winds on the mid river pontoon near Malpas. We later spoke to someone who rode out the gale on one of the buoys in Falmouth harbour who confirmed that we had made the right decision.  It had been very uncomfortable in the harbour which is exposed to winds from the east. 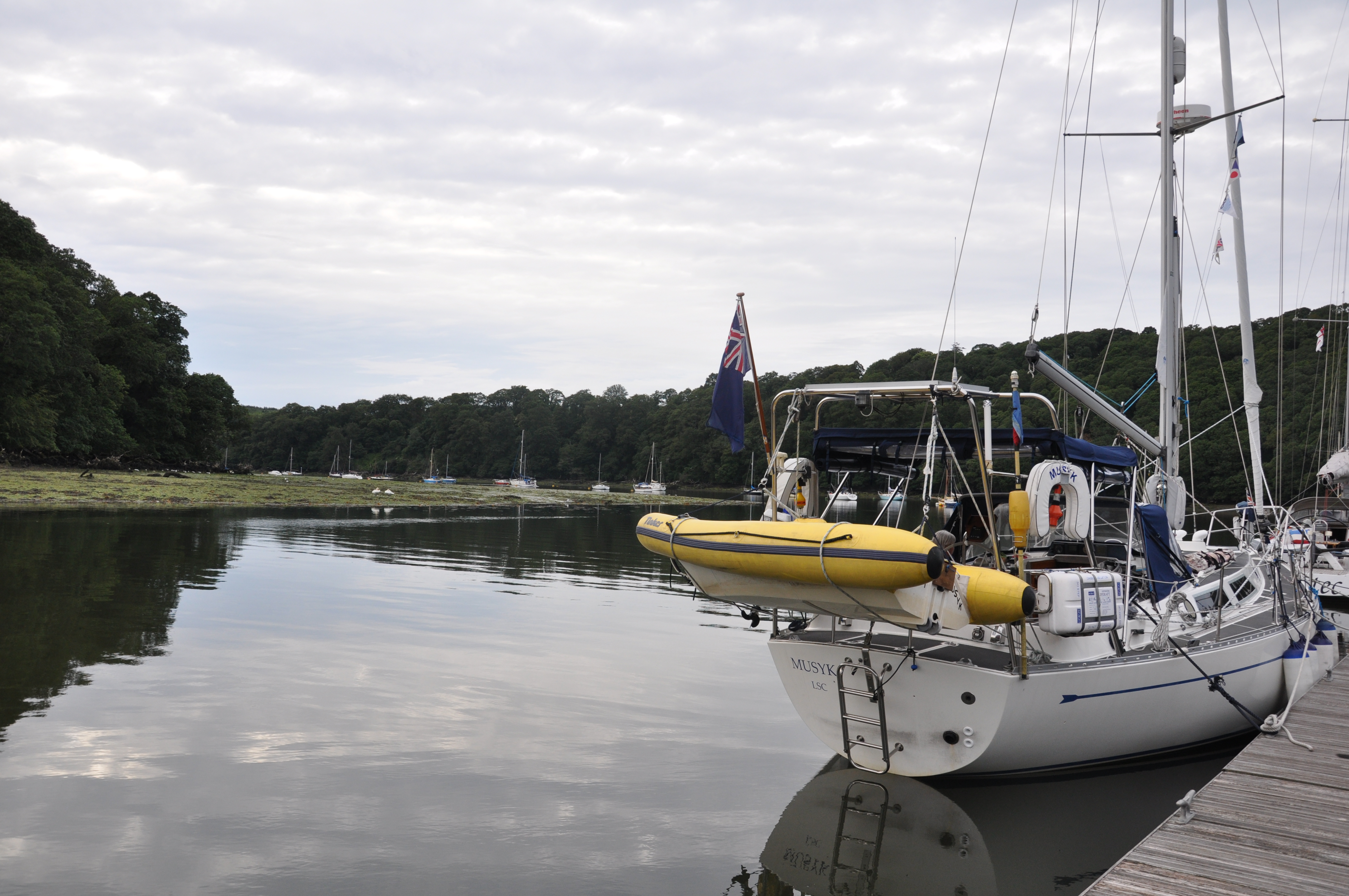 Musyk snug on a pontoon up the Fal near Malpas

Then off to the Helford River with an opportunity to rig our Tinker rib as a sailing dinghy.  We have only used the sailing rig a few times and were overly cautious about avoiding strong wind – so ended up with very little wind and a strong tide taking us up the Helford River.  No problem – we had factored that in and the tide was about to change and take us back down the river, except that it took us much further than we expected and then the wind died almost completely and the tide turned later than we thought so we used our oars kayak style to make very tortuous progress back.  It was very uplifting that a number of boats offered us a tow but we were determined to get back under our own steam which we eventually managed.

While back at Falmouth we were visited by a couple Tony and Alethea and their adorable young spaniel Winnie.  They own an Oyster Heritage like Musyk and were naturally curious to see another one.  Bear in mind that only 35 were made.  William and Tony enjoyed chatting to each other about what they had done to maintain and upgrade their boats.  There was much discussion about issues with outboards and fuel.  Our trusty Johnson Seahorse, previously so reliable, has been playing up.  We are currently trying out Tony’s suggestion of using Aspen fuel.

Then in Salcombe we had a similar experience meeting up with Robert and Christina who own an Oyster Heritage but one of the few built with a pilot house.  Again there was much swapping of ideas and Robert even came prepared for his visit to Musyk with a pen, writing pad and camera!

We are making good use of the Cruising Association’s Captain’s Mate app including the Find a Friend function and the local reports.

We find ourselves back in Dartmouth, having come pretty much full circle since our first newsletter.  Dartmouth is quieter than expected just a few days before Regatta Week.  It looks as if we might at last have a week of reasonably settled weather so our next stop may well be in the Channel Islands.  We then plan to head home for a few weeks before resuming our live aboard life, hoping for an Indian Summer.