Many thanks to OO Member John Rutherford for last weekend for letting myself and a number of other members come racing with him in the June Summer Series Royal Southern 175 Regatta.  We experienced testing conditions and the 2nd race on Saturday was called off due to reports of 30 knot winds,  the wind abated long enough on Sunday however for full days of racing; click here to read the full report of the racing on the Royal Southern website.

All in all a very tight regatta with only 42 seconds between Degree of Latitude and the 2nd place entry after 3 races. The Mount Gay Rum party at the Royal Southern which included Caribbean music and food and as much rum as you could drink was also well received. 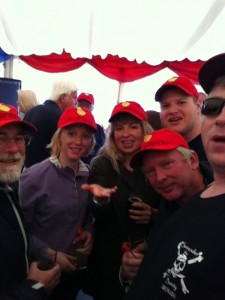