Twenty one members of Oxted Offshore set off from Trogir on Saturday 3rd of September 2016 on five sailing vessels Fado, Pepito, Julie, Ivolga and a large catamaran Chardonnay. Many of the group had been in Croatia a few days earlier so they could spend time exploring the historic sights of Split and Trogir and become acclimatised to the 31 degrees. 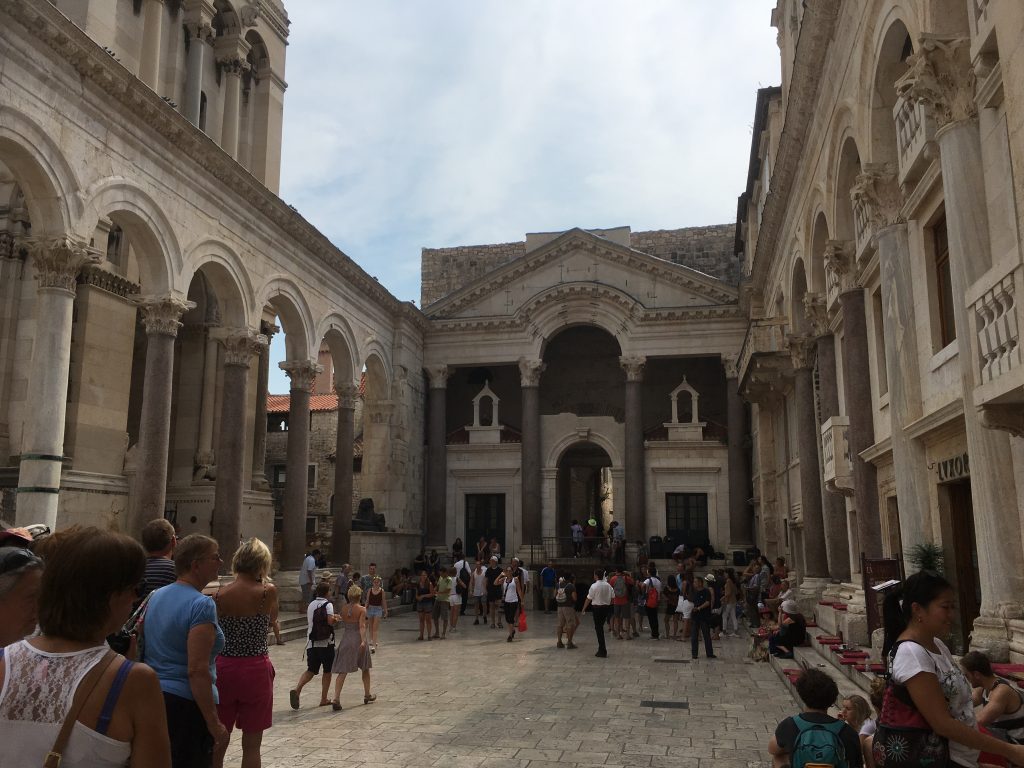 With prediction’s of a storm approaching our destination for the first night was a relatively short run to the island of Brac, two boats headed for Bobovisce whilst the remainder headed for Lucie on the south of the island where a welcoming committee of ribs guided us to a mooring ball believing they would be paid 30 euro for the privilege. After reviewing the guidebook and after some discussion this was negotiated down to agreeing we would eat in the local restaurant where later that evening we ate well on fish and lamb although further negotiations on the price of wine helped keep the bill to a reasonable level, one nill to Oxted Offshore so far.

Bay of Lucice on the Island of Brac

We woke on Monday morning with news of conflicting weather forecasts, although heavy rain seemed certain by late afternoon.  With this in mind three of the yachts headed for lovely town of Stari Grad on the nearby island of Hvar, Pepito opted to stay in Bobovisce and Fado went south to Zaraca.  With 20 knots of wind in the channel between the islands we soon arrived but struggled to find a mooring in the packed but beautiful harbour where many yachts had opted to hide from the weather.  The rain came as forecast and the wind certainly did strengthen to a Force 5/6 by the time the evening arrived but not to the levels promised, by this time the OXO fleet was safely tucked up in harbour with the crews eating at local restaurants.  One of the local dishes most favoured by the crew was the black squid ink risotto which is one of the more famous recipes from this side of the Adriatic. 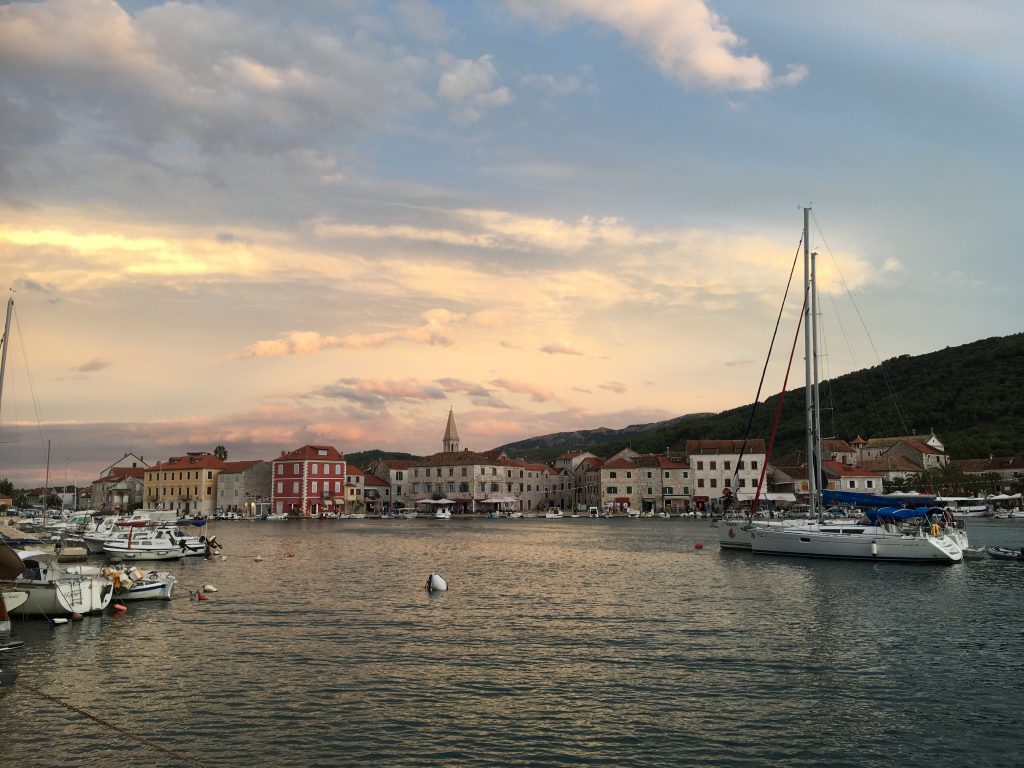 The next day we departed Hvar and headed for Luka Soline on the south side of the Palinksi islands, the wind was quite strong out in the main channel delivering a steady F5 gusting F6 from the North and the overnight winds left quite rolly conditions with the even the catamaran bouncing around in the waves.

All five yachts were able to find a mooring buoy in Luka Soline and after spending a nice afternoon swimming in the bay we headed for Chardonnay for Commodores Cocktails dressed in sarongs before making our way up a track to the “Fisher Mans Restaurant” which was the only open restaurant on the island but served up a fantastic meal of locally grown produce and a fantastic plate of fresh fish, the upper balcony also had a great view to the south where you could see the island of Vis in the distance and the anchor lights of the yachts moored in the bay. 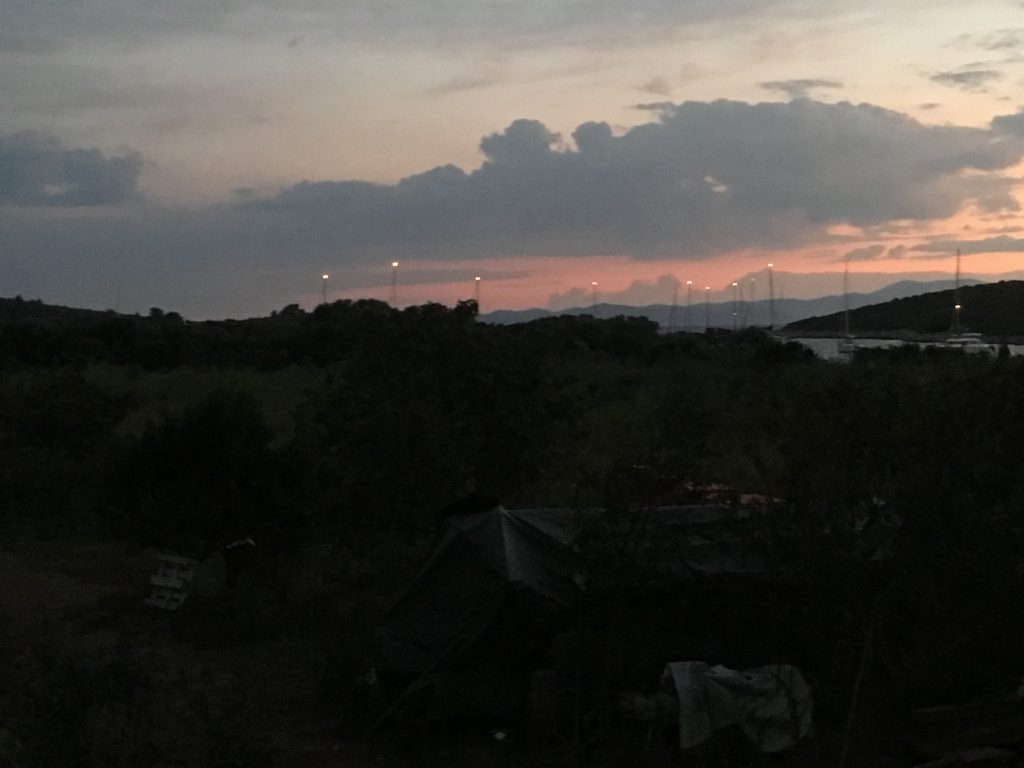 Next day we motored south west to the island of Vis where yacht Julie spotted a large pod of camera shy Dolphins en-route. 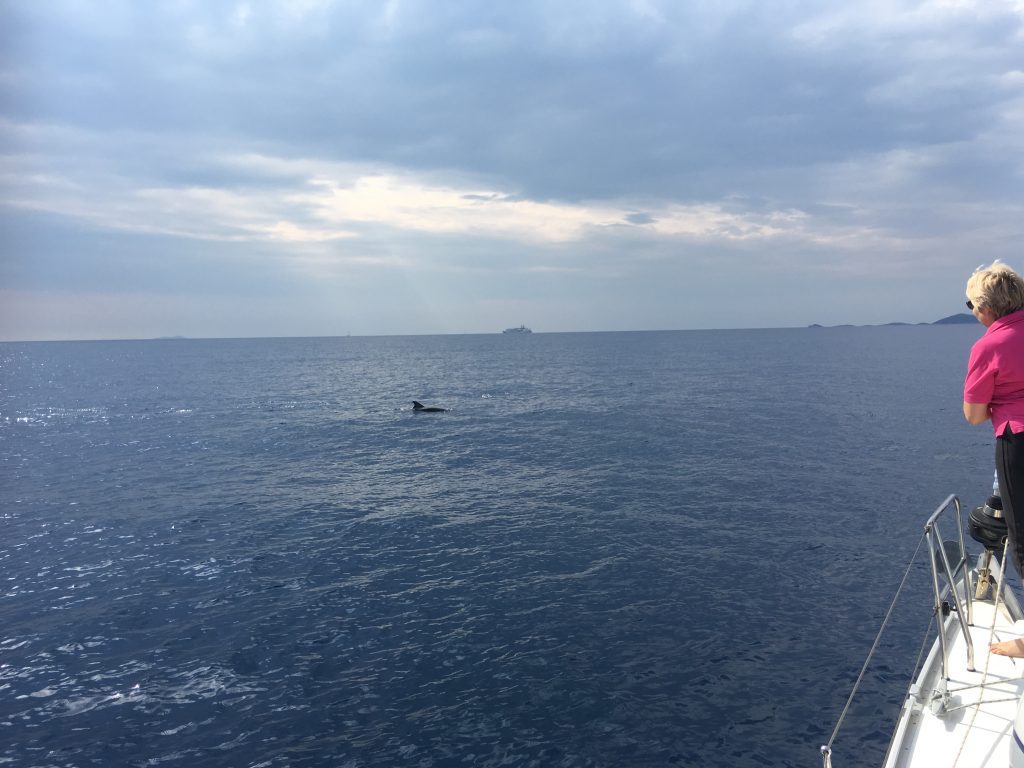 Four of the yachts tied up in the main town of Vis and Fado chose to pick up a mooring ball just around the corner in Stoncica.  For the four boats in Vis met for a drink on Chardonnay before heading to a lovely old fashioned restaurant called Kantun which we all found most agreeable including the red wine which was 16%.